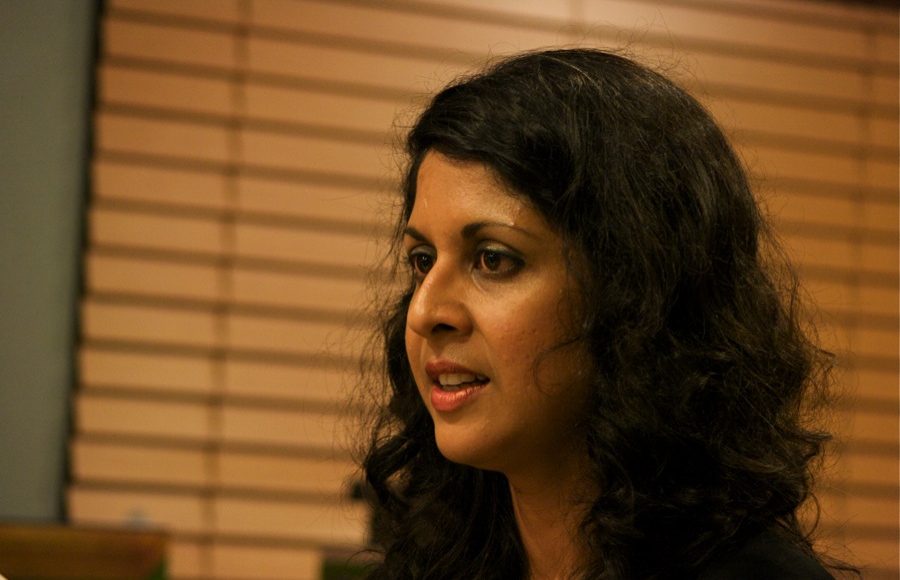 Born Surya Vahni Priya Capildeo in Port of Spain in 1973, Vahni Capildeo comes from a vaunted and controversial political and literary Trinidadian family. As an established poet, activist and academic, she has resisted the connections drawn by the media to second-cousin V. S. Naipaul, and built a reputation for writing ‘savage, unafraid and hilarious’ poetry, focussing on language, belonging and diaspora. Capildeo arrived in England in 1991 and received a DPhil in Old Norse at Christ Church, Oxford. She is the author and co-creator of seven books and in 2016 won the Forward Prize for Best Collection with Measures of Expatriation (Carcanet Press, 2016).

[U]nerring vocal surety and exploratory, many-voiced attention to the clamour of experience, of all that goes through the mind on difficult days. 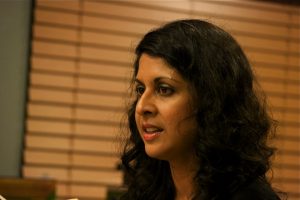 Concentrating on notions of home and belonging in her most recent collection Measures of Expatriation (2016), Capildeo’s work gestures broadly to contemporary concerns about migration, expatriation and displacement, but is also deeply interested in exploring the details of everyday life. She engages with subjects ranging from mental illness and a Londoner’s commute, to the meaning of shoes and broken relationships with the self and with others. Malika Booker described Measures of Expatriation as ‘poetry that transforms’, emphasising the way that the collection captures the experience of living in the liminal spaces of cultures, languages and traditions.

Capildeo also works between styles; experimenting in prose-poetry and dramatic monologues as well as in traditional verse and performance. Language has been a central concern in both her careful writing process and the content of her collections: her third and fourth publications, Dark and Unaccustomed Words (2012) and Utter (2013), were inspired by her time working as a lexicographer at the Oxford English Dictionary. ‘Language’s musicality structures my texts,’ she said in an interview, and her preoccupation with this musicality can be heard in the stylistic choices she makes in recordings of her poetry. Critics have praised Capildeo for the craftsmanship of her work. Brian Catling described her debut collection No Traveller Returns (2003) as ‘crafted silver turning on faultless glass’ and this quality has since developed into a poetic and cross-genre flair in her more recent work incorporating performance, art and sound.