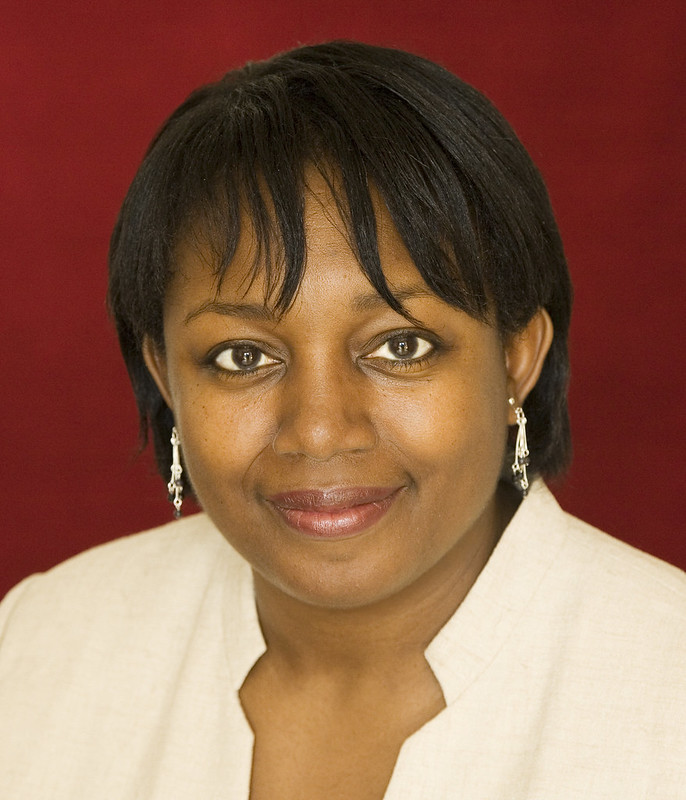 Born in Clapham, London to Barbadian parents in 1962, Malorie Blackman OBE is the author of the best-selling and television-adapted series Noughts and Crosses. She trained as a computer scientist and worked as a systems programmer before becoming an author with her first publication Not So Stupid!, a collection of short stories, in 1990. Since then she has written over fifty titles for children and young adults, ranging from picture books for early-readers to the young adult fiction style of Boys Don’t Cry (2010), Tell Me No Lies (1999), Noble Conflict (2013) and the Noughts and Crosses series (2001–2019). Blackman was the UK Children’s Laureate from 2013 to 2015, and frequently judges literary prizes of writing both for and by young people. Her novels are often taught at secondary school level and the carefully treated themes of puberty, friendship, self-confidence and learning from one’s mistakes demonstrates Blackman’s respect for the intellectual capacities and needs of younger readers.

[I]t was years before Blackman would address the subject of race directly. She says people criticised her for not doing it sooner, ‘but people love to stick you in boxes and put labels on you, and I didn’t want that. I thought, I wanted to write the kind of books I would have loved to have read as a child.’ These were books with characters who looked more like her, but not books with race as their theme. Most importantly they were books that were hard to put down. 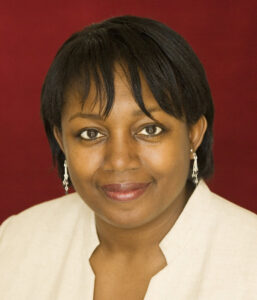 Writing for children and teens, Malorie Blackman’s career has spanned over three decades and has been instrumental in diversifying representation in children’s fiction in Britain. In 1997 Blackman won the Excelle/Write Thing Children’s Author of the Year Award for her books for new and younger readers between the ages of 3 and 11. Her picture books for new readers feature children of colour, providing much needed diversity in a market that in the 1990s was white-washed, and unfortunately remains overwhelmingly so. Thanks to authors like Blackman, the under-representation of minorities in Britain in children’s literature is changing, helped in part by the current trends of advocacy for diverse representation across media and book publishing.

Blackman’s reputation was well-established by the time she wrote the first of the Noughts and Crosses novels. In 2020 the series brought the author into the eye of a media storm following the release of the BBC television adaptation of the five-part book series. Refusing accusations of baiting a race war, Blackman argued for the revisionist politics of the reversal of racial dominance in the novels, noting that Callum’s experiences are mapped directly on her own: ‘The things he goes through particularly in school happened to me, like asking my teachers where the black scientists were on the curriculum and being told there weren’t any.’ Blackman uses this provocative strategy of racial reversal that is also deployed in two of Booker Prize-winner Bernadine Evaristo’s novels, The Emperor’s Babe and Blonde Roots, using the effect of reversing race to highlight the illogic of racist ideology.

Blackman’s more well-known young adult fiction deals in particular with adolescent protagonists undergoing an experience of rapid maturity due to circumstances often beyond their control. Set in a dystopian world where one race rules over another, the five novels that comprise the Noughts and Crosses series offer a stark reversal of the long history of racial prejudice against people of colour. Noughts and Crosses was Blackman’s first and only series of novels in which she explored interracial relationships and the tensions of racial prejudice in Britain, thinly veiled as ‘Albion’ in the novels.

The characters in Blackman’s novels are usually black like the author herself, but their stories play out without their race being the major or most impactful aspect of the narrative, a choice that Blackman has intentionally made to resist being cast as a ‘black writer’. Following the release of Noughts + Crosses on BBC iPlayer in March 2020, Blackman refused to engage in accusations that she was ‘anti-white’ saying, ‘I’m not even going to dignify your absurd nonsense with a response.’ She experienced profound racism at school and during her young adult life, but worked hard to overcome these traumas, though recalls a deep regret that her first book by a person of colour was Alice Walker’s The Colour Purple at age 21. She has long been an advocate for diversity, facing racist abuse on social media in 2013 for expressing the importance of representation in children’s literature. Book Trust Represents statistics indicate that in the last 11 years, fewer than 2% of all authors and illustrators of children’s books published in the UK were British people of colour. Since then, more authors have spoken out about the necessity for diversity in children’s literature, most notably the author Sharna Jackson.

While Blackman is best known for her children’s fiction, she has also had success writing for the screen. Her science fiction novel Pig Heart Boy (1997) explores thirteen-year-old Cameron Joshua Kelsey’s experience of xenotransplantation (animal-to-human organ transplant). This became a BBC children’s television series, for which Blackman also wrote the script, which won a BAFTA for Best Drama and a Royal Television Society Award.

In 2008 Blackman received an OBE for her services to Children’s Literature and in 2013 she won the Black Tentacle at The Kitschies, Britain’s literary award for ‘outstanding achievement in encouraging and elevating the conversation around genre literature’. Blackman has been described by The Times newspaper as ‘national treasure’ and has been instrumental in diversifying the face and stories of children’s and young adult literature in Britain.

The Bumper Book of Betsey Biggalow (2008)

Unheard Voices: An Anthology of Stories and Poems to Commemorate the Bicentenary Anniversary of the Abolition of the Slave Trade (editor) (2007)

The Amazing Adventures of Girl Wonder (2003)

Peacemaker and Other Stories (1999)