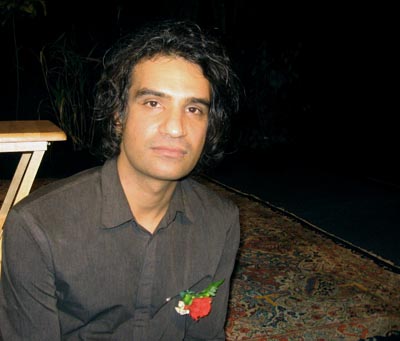 Nadeem Aslam was born in Pakistan in 1966. He moved to Britain at the age of 14 when his communist father fled the country to escape President Zia-Ul-Haq’s military dictatorship. Aslam attended Manchester University to study biochemistry, but dropped out in his third year to channel his energies into writing fiction. Known for his rigorous work ethic, Aslam has produced five novels, a novella, a small assortment of non-fiction pieces, and has his next eleven book projects already planned. He is the recipient of several prestigious literary awards, including the Betty Trask Award (1994), The Encore Award (2005), The Kiriyama Pacific Rim Book Prize (2005), and the Windham-Campbell Literature Prize (2014).

He writes with great intimacy about […] loves and losses, always drawing us to a larger picture of history, intolerance and power. 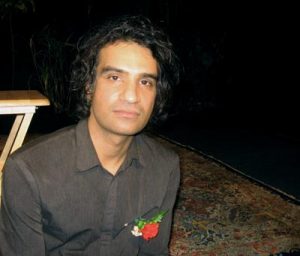 Nadeem Aslam has spent the bulk of his writing life producing fiction and prefers to maintain a distance from non-fiction’s disconcerting tendency to reveal the authorial self. His published works have touched upon a wide array of topics, from honour killings and religious schisms in the global Muslim community, to the Soviet invasion of Afghanistan during the Cold War and 9/11.

His debut novel Season of the Rainbirds (1993) offers an intimate portrayal of a Pakistani community torn apart by the discovery of a murder. Aslam examines how such local tragedy intersects with wider political trends, with catastrophic results for the people involved. The emphasis on connections between local and global history is typical of Aslam’s oeuvre, especially so in The Wasted Vigil (2008), which traces the roots of 9/11 to the 1979–89 Soviet-Afghan war. His novels are informed by an acute awareness of the intertwining of seemingly disconnected histories – of both people and places – in an increasingly globalizing world. Within his works, this consciousness manifests in the form of a richly diverse cast of characters, of varying geopolitical origins and religious temperaments.

In their exploration of Islam, his novels draw upon its religious history and multiple aesthetic traditions, anatomizing the different ways in which it is practised globally – especially in Pakistan, Afghanistan and Britain. Aslam’s writing is particularly invested in revealing the violent misogynist underpinnings of the more conservative aspects of Islam: this forms the crux of his second novel Maps for Lost Lovers (2004), and his Granta short story Leila in the Wilderness (2010). He returns to his home country in his last two novels, The Blind Man’s Garden (2013) and The Golden Legend (2017).

Aslam’s novels are penned in a lush, poetic prose that has attracted the praise of critics for its vivid imagery and evocative tenor, while also raising questions about the twinning of beauty and terror. Not one gratuitously to underscore beauty for its own sake, he maintains that he uses it to ask ‘certain metaphysical and spiritual questions’: his works are preoccupied with interrogating whether ‘the horrors of the world diminish the beauty of the world, and ­– equally importantly ­– [if] the beauty of the world diminish[es] the horrors of the world’.