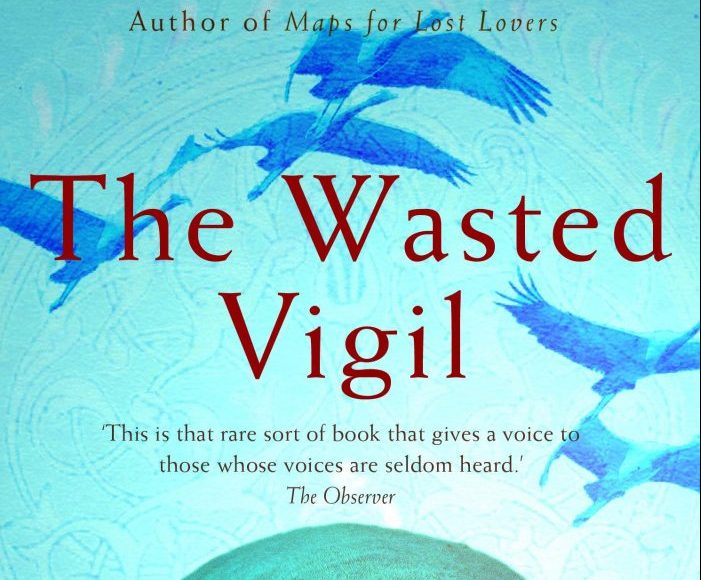 She lifts her hand to her face and inhales the scent of sandalwood deposited onto her fingers by the mirror’s frame. The wood of a living sandal tree has no fragrance, Marcus said the other day, the perfume materializing only after the cutting down.
Like the soul vacating the body after death, she thinks. (6)

Even the air of this country has a story to tell about warfare. It is possible here to lift a piece of bread from a plate and, following it back to its origins, collect a dozen stories concerning war – how it affected the hand that pulled it out of the oven, the hand that kneaded the dough, how war impinged upon the field where wheat was grown. (49)

The servants fortunately did not die, and they corroborated that they had been attacked – but one of them was female and the other, though male, was a Turkoman unbeliever so his testimony was void. Women and infidels were forever plotting against the Muslim manhood. (253)

But whatever any of them thought, one thing was always certain: even though they suffered, and had to struggle at times to bring meaning and even the most basic dignity into their existence, and even though in their search for justice and truthfulness they were beaten down and met with disappointment again and again – their lives were not available for use as an illustration. Theirs were not stories that could be read as an affirmation of another system. (266) 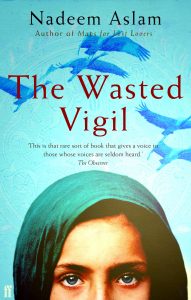 The heart of Nadeem Aslam’s third novel, The Wasted Vigil (2008), echoes John Berger’s often quoted claim (excerpted from his Booker-winning novel G.): ‘Never again will a single story be told as though it’s the only one’. Owing, equally, to the country’s own fraught postcolonial history and the ramifications of the global ‘war on terror’, a novelist of Pakistani origin such as Aslam perhaps cannot but weave every story into a dense tapestry of others. As a twenty-first-century phenomenon, Amit Chaudhuri notes, such literature appears at a time ‘when the new supposed fundamentals of this century – free market dominance, the end of history, the clash of civilizations – suddenly seem frayed and ephemeral’. Amidst the uncertainty of the present, ‘Pakistani writers are interestingly poised: implicated in both the unfolding and the unravelling of our age’.

Nadeem Aslam has reiterated the opinion widely shared by other acclaimed contemporary Pakistani writers like Kamila Shamsie that the orbit of the post-9/11 Pakistani novel has been warped, despite itself, by the tremendous gravitational force exerted by that watershed moment in world history. In Pakistan and Afghanistan, where The Wasted Vigil is set, 9/11 is significant not so much for initiating an unprecedented historical rupture, as for precipitating a sequence of violent events long since set in motion by the Cold War. Fittingly for a novel that reconstructs the events of the Soviet-Afghan war through the minutiae of the daily lives of an unlikely ensemble of figures thrown together by historical circumstance, the novel culminates on an ominous note that prefigures the events of September 11, 2001.

The narrative revolves around a Russian woman, Lara, who comes to Afghanistan in search of her brother Benedikt, who has been conscripted as a soldier in the war. Other pivotal figures include David, a CIA officer, the Englishman Marcus, his wife Qatrina, and Zameen, their missing daughter. A later narrative strain also introduces Casa, an Afghan militant, and a school teacher, Dunia, who are central figures in a difficult romantic subplot. Each of these characters serves a clear-cut purpose. In some ways, they could function as metonymic stand-ins for the broad historical brushstrokes they are meant to represent. However, in Aslam’s hands they are etched in intimate detail. Each of the multiple narrative viewpoints is imbued with psychological depth, and the narrative switches smoothly between the different figures to create a multi-faceted portrait of the period.

If the Muslim-convert Marcus and his wife Qatrina tirelessly fight to promote progressive religious practices, especially underscoring the need to fight for the liberty of women, Casa acts as a dark mirror, his inner monologue ventriloquizing the misogynist and violent internal rhetoric of Islamic fundamentalism. But Casa’s militarism does not make him monstrous: rather, by revealing the complex motivations behind his choices, Aslam explores possible reasons for the susceptibility of young men like Casa to the lure of religious fundamentalism and the power it promises. The novel’s strength lies in Aslam’s representation of conflicting viewpoints with equal nuance and compassion. He humanizes the proponents of a violent ideology while concurrently foregrounding the terrible flaws in the logic of a self-righteous war on terror. At the same time, he highlights the characters’ different allegiances, and the stark historical and geopolitical lines separating the various camps, while never erasing either their complicity in violence or their victimizing the innocent.

The relationship between beauty and brutality, which is a feature visible across Aslam’s oeuvre, finely sifts through The Wasted Vigil. The novel contains a surfeit of pastoral and aesthetic opulence: the prose teems with rich descriptions of perfumes, fruit, paintings, books, architecture, and desire. However, the titular motif of ‘waste’ undercuts the sensory intensity of lives and landscapes in the novel. Aslam’s penetrating writing is as poetic as it is merciless in throwing into stark relief the culpability of hatred and intolerance in laying waste to a once-magnificent culture and civilization. The house at the centre of the novel, its walls adorned with Persian art, is disfigured by persistent attacks by militants. In a sense, it is symbolic of the relationship of Aslam’s own miniaturist literary style to his volatile subject.  The delicate, jewelled details that encrust Aslam’s narrative, like the paintings in the house, possess a deeply marred and seemingly wasted beauty.