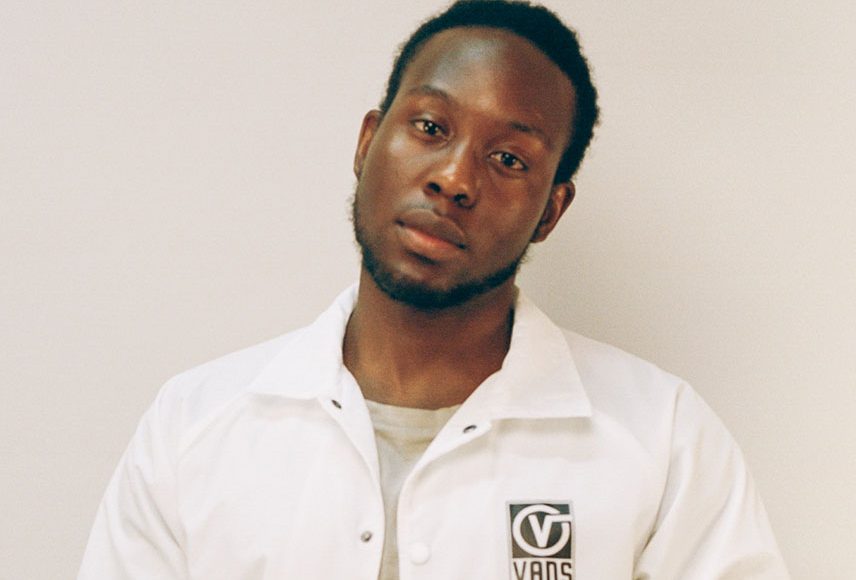 Caleb Femi’s work compels his audience to move away from a modern dependence on the written word. Because he has not yet published his poetry on the page, our ‘reading’ of Femi’s work is always transmitted through his bodily presence, including on screen. He asks us to engage with his poetry with two of our senses, both sight and hearing, and to immerse ourselves in a way that differs from how we read poetry on the page. This prioritisation of performance is part of a wider movement that has seen not only a surge in the popularity of spoken word in recent decades (see also Warsan Shire), but also an approach to art that spans various creative media within a single work. For example, Femi often projects images behind him as he performs.

When Femi does go on to publish his poetry in book form, we will be offered yet another iteration of the poems contained there. He is currently working on his debut collection, provisionally entitled Poor. However, by focusing his attention on spoken word poetry in the first instance, and prioritising the performance dimension of his work, he offers audiences the opportunity to engage with his work in a different way. His performances are collaborative and collective, with the audience, the location, and even the unpredictable incidents of the moment of performance itself all playing a part in the poetry. As audience members, we are not only invited to engage with the world that Femi is creating before us, we also become a part of that creation, impacting its shape on any particular day.

Despite this, Femi develops much of his work on the page. His poetry falls into a category that John Miles Foley has termed ‘Voiced Texts’: poetry that ‘begins life as a written composition only to modulate to oral performance before a live audience’. If a poem always remains ‘unfinished’, as Femi has proclaimed, this dimension is amplified in a work that has been written with the intention that it be performed. The performance and the live audience ‘complete’ such poems, but only temporarily, because each new performance allows the poet and audience to complete it afresh. The result is collaborative: the audience is drawn in as a reader is to the world of a written work, but they also impact the shape of that world as it is formed in front of them and they interact with it during the live performance.

This poetic process allows us as readers access to a particularly rich archive. For instance, there are several ways to ‘read’ Femi’s poem, ‘Children of the ’Narm’. You could watch him performing live, and be part of the creative process at that very moment. Or you could watch a recording online, either a live performance or a filmed video, in which your role as audience can no longer affect the creation of the poem. Or – if he chooses to include the poem in a printed edition of his work one day – you might read it in the pages of a book.  Each way of accessing the poem will offer the reader a different perspective on a poem that explores the nature of Britain today. Our mode of reading will be different in each case, and the world created by Femi will shift in subtle ways with each rendition. However, what remains constant is the poem confronting issues of identity, migration, violence, and politics, refusing to let us look away.

We are the Children of the ’Narm
The barefaced, ten-year-old dreamers,
Who saw north Peckham a paradise
To the hell of Jos, Freetown, Yammoussoukro.
Who came and realised that the stories of gold-paved streets
Were just stories, but didn’t even mind
Because we were here now
With our lives, and with each other,
So what else could matter more.

(Opening of ‘Children of the ’Narm’)