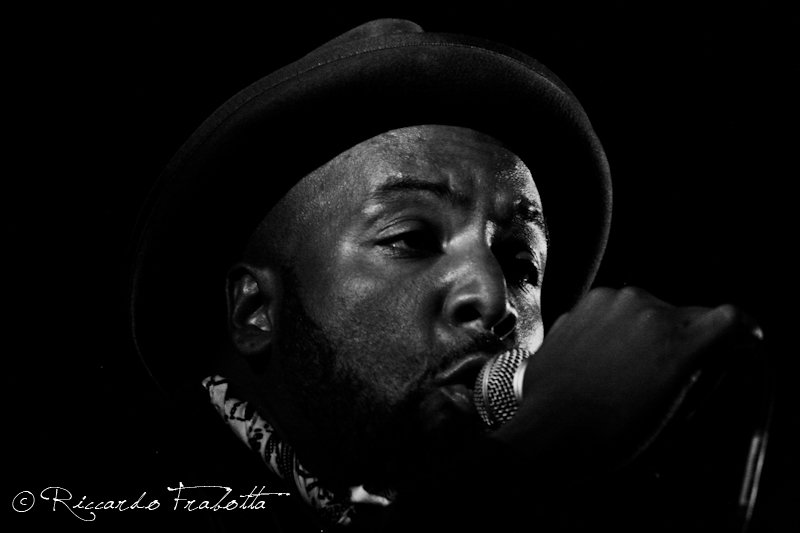 Roger Robinson is one of the leading poetic voices of his generation. A self-avowed “British resident with a Trini sensibility”, he was born in Hackney in 1967. After moving with his Trinidadian parents to their homeland at the age of four, he spent fifteen years there, before returning to England to find work. Following a long and successful career as a dub poet and educator, in 2019 he published his magnum opus, A Portable Paradise, which won both the Royal Society of Literature’s Ondaatje Prize and the T. S. Eliot Prize for Poetry. A co-founder of London-based international writing collective Malika’s Poetry Kitchen, he is also the current frontman of musical group King Midas Sound.

I want my writing to energize, provoke thoughts, discussions, smiles, and make listeners have inner monologues with themselves. That’s why I write. 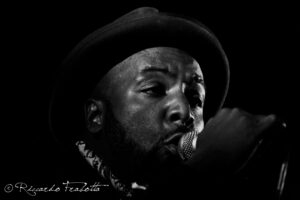 In 2001, Robinson moved from having his poetry printed in a number of influential anthologies – notably, The Fire People (ed. Lemn Sissay, 1998) and The Penguin Book of New Black Writing in Britain (2000) – to publishing his own debut collection of short stories, Adventures in 3D. Since then, he has published two short pamphlets of poetry, Suitcase (2004) and Suckle (2009), and two full-sized volumes of verse, The Butterfly Hotel (2013) and A Portable Paradise (2019). While the former was shortlisted for the OCM Bocas Poetry Prize, it was the latter work and the acclaim it won which ultimately cemented Robinson’s status as one of the top poets currently writing in English.

Termed ‘deep, mature, moving and inventive’ by Bernardine Evaristo, A Portable Paradise represents the culmination of the aesthetic which Robinson developed over the preceding three decades: his verse utilises a diverse range of forms, sourced from all over the world, while prioritising orality, after the manner of Spoken Word.

Structurally, Robinson divides his two full-length collections into several parts, interlinked through a unifying image. In A Portable Paradise, all five sections culminate in a poem addressing the titular theme, while, in The Butterfly Hotel, a monarch butterfly recurs throughout, its journey emblematic of the volume’s migratory theme.

In terms of content, throughout his career, Robinson has shown an unerring willingness to shine a light on even the darkest of contemporary issues. In his view, the vocation of a poet involves “translating trauma into something people can face”. For this reason, in recent years, he has written on a wide range of subjects generally considered difficult and even taboo, from the Windrush scandal to the premature birth of his son.