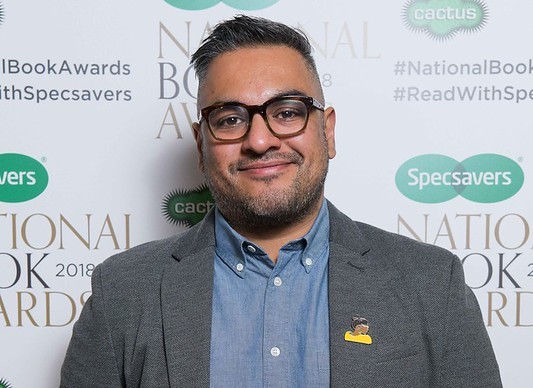 Nikesh Shukla was born in 1980 and grew up in Harrow, London. After studying law and attempting a career in rap, Shukla found his trade as a wordsmith within literature rather than music. An award-winning novelist and screenwriter, he edited the acclaimed essay collection The Good Immigrant (2016), and has published three novels and a memoir, Brown Baby (2021). Shukla has also written two hard-hitting Young Adult novels, Run Riot (2018) and The Boxer (2019). He writes for The Observer magazine, where he is currently a contributing editor. Shukla is a prolific advocate for increased opportunities for under-represented writers in Britain. He co-founded The Good Literary Agency to promote the work of writers who are often marginalised by mainstream publishing, including writers of colour and those from working-class backgrounds. In 2019, he was elected as a Fellow of the Royal Society of Literature.

You can change a teenager’s life, especially the life of a teenager who has never really seen themselves before. There is a crucial point in our reading journey where we have to see ourselves, we have to see ourselves as the main character. Then we can make decisions about who we want to be and decisions about what we can achieve, who we can aspire to be, what space we can occupy. 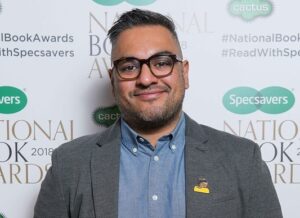 Shukla is one of the UK’s leading voices on race, diversity, and identity. After reading Ta-Nehisi Coates’s Between the World and Me (2015) and Claudia Rankine’s Citizen (2014), he asked himself, ‘where is Britain’s lack of progressive, contemporary book about race issues?’ His answer to this question resulted in the publication of The Good Immigrant (2016), which is perhaps Shukla’s most prominent piece of curated work. This widely acclaimed book comprises twenty-one essays by Black, Asian, and minority ethnic writers that examine ‘what it means to be a person of colour’ in Britain. Shukla’s own essay, ‘Namaste’, scrutinises the racism he experienced from students at The University of Bristol, after moving there with his young family. His writing provides a spotlight on the often-undocumented prejudice that exists within younger generations who are widely presumed to be more tolerant.

Shukla’s work embraces an expansive range of forms, from screenwriting to young adult fiction. His recent memoir Brown Baby (2021) documents his encounters with prejudice throughout everyday life as a British South Asian. Shukla depicts the impact of racial inequality in the UK, ranging from pernicious microaggressions through to the employment obstacles he has faced as an author who has had to work ‘twice as hard to have half the opportunities’. Relaxed and sincere language injected with witty moments of humour produces his characteristic style, which shapes all the forms he chooses to write in. Commenting on his memoir, Shukla reveals that he ‘didn’t want it to be an overly intellectualised book about race and all the other things’. This admission identifies his approach to writing whereby he wants to ensure that his discourse on race, identity, and class is accessible to a wide range of readers.

Shukla has earned a number of accolades for his literary activism, including being  named one of Time Magazine’s cultural leaders, Foreign Policy magazine’s 100 Global Thinkers, and The Bookseller’s 100 most influential people in publishing in 2016 and in 2017. However, an award he firmly refused was an MBE in May 2021, rejecting it as a symbol that ‘valorises the British Empire, a brutal, bloody thing that resulted in so much death and destruction’. This decision reveals Shukla’s daily grapple with his South Asian heritage, which threads through all his writing. In Brown Baby, Shukla reveals to his child, ‘My mum, your dada, they grew up during the British Empire. They grew up subjugated.’ His father subsequently questions ‘what good would it do’ to talk about ‘race issues publicly’. The critical acclaim and complex discourse Shukla’s work has inspired reveals how much such discussion can achieve. By exploring his Indian heritage through public discourse, his writing not only scrutinises the dynamics of race in Britain, but drives the agenda for change forward.

The Good Immigrant: 26 Writers Reflect on America (with Chimène Suleyman, 2019)

The Good Immigrant: 21 Writers Explore What It Means to be Black, Asian & Minority Ethnic in Britain Today (2016)