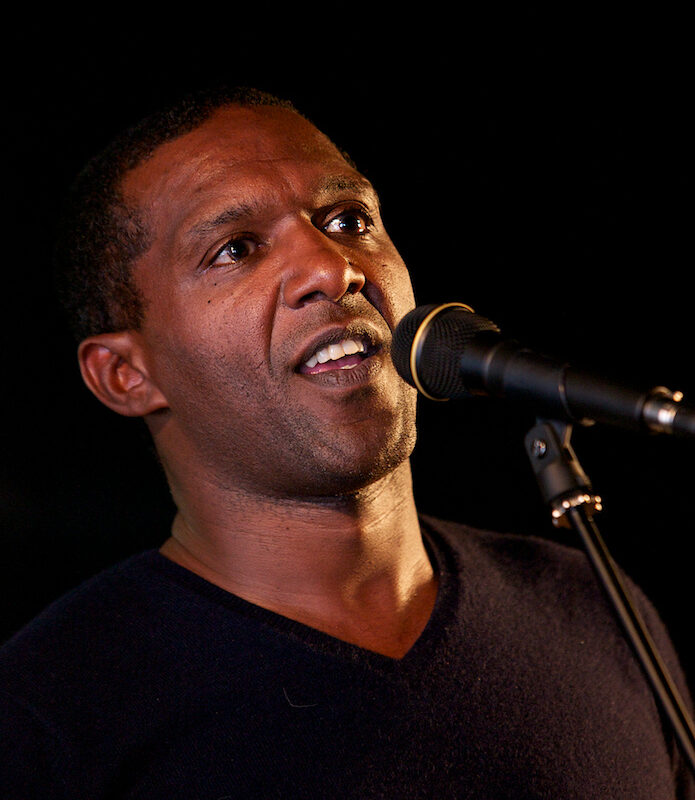 Born in Wigan in 1967 to a mother who had moved to Lancashire from Ethiopia the previous year, Sissay was placed directly into foster care and raised by a family who moved him into a children’s home when he turned twelve, and told him that all communication with them would cease immediately. During his childhood, he was assigned several names by different agents in the foster system, including ‘Norman’ and ‘Mark’, and it was only at the age of seventeen that he discovered his birth name and that of his mother, Yemarshet. He continues to use this name, Lemn Sissay, professionally. The two met for the first time since his birth when he was twenty-one. It was not until the cusp of adulthood that Sissay was able to revive this aspect of his identity – and it was by no coincidence that, at the same time, he sought ways to express his selfhood through words.

From his sorrows, he forges beautiful words and a thousand reasons to live and love. On the page and on the stage, online or at the Foundling Museum, this is an Orpheus who never stops singing.

At seventeen, he invested all the money he had to self-publish his first collection of poems, Perceptions of the Pen. Shortly afterwards, he moved to Manchester, the city that would have the biggest impact on his life and career. His first book of poetry, Tender Fingers in a Clenched Fist, was published in 1988, and he has since released almost two-dozen works across multiple forms: poetry, memoir, theatre, documentary, and a book of poems for young people, The Emperor’s Watchmaker (2000). His reputation resulted in an MBE in 2010, and his selection as poet of the London Olympics in 2012. Since 2015, he has been the Chancellor of the University of Manchester (a role he will maintain until 2022), a post he accepted one year after becoming a Fellow of the Foundling Museum. He has also collaborated closely with the Southbank Centre, World Book Night, and the Letterbox Club, and is Canterbury’s Poet Laureate. He received the PEN Pinter Prize in 2019, and is a 2020 Booker Prize judge. These many accolades attest to his multifaceted abilities which span and connect disciplines: literature, academia, museum curation, and activism. He is one of Britain’s preeminent creative voices whose (birth) name is finally being given the respect it deserves. 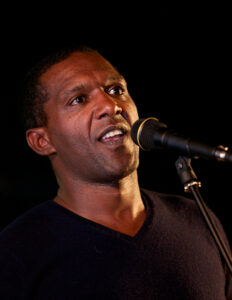 In Sissay’s own words: ‘Everything I know about myself comes from Manchester’. His poetry is not only imbued with depictions of the great Northern city, but the city itself is alive with his words. His ‘Landmark Poems’ installation project appears on surfaces throughout Manchester (as well as London), showcasing the interdependence between his writing and the lived spaces which inspire and nurture it. This intermedial approach to literature allows visual mediums – from stone sculptures to spray painting – to make his poetry communal and widely accessible. Sissay’s career has long grappled with how to publicly inspire others through verse, including young people (as his children’s poetry collection demonstrates). This, in turn, reveals the other major source of influence on his works: the traumas of his childhood and family life.

His 2019 memoir, My Name is Why, is a harrowing recollection of his upbringing and time in care. The text intersects prose with scanned fragments of official documents, like his 1967 foster parent agreement form, creating a palimpsest of an identity which was still in formation: he was not yet Lemn, but still trapped in the ‘Norman’ created (textually) by white agents in a post-‘Rivers of Blood’ Britain. At times, therefore, the first-person of the work has to compete with the crushing third-person of unsympathetic state employees who routinely dehumanise ‘Norman’ as a burden they are unwilling to help or take responsibility for. Detailing his feelings of isolation and the discrimination he faced, Sissay notes that ‘Bob Marley was my first black mentor, my first black friend’. And what of family? In a 2012 TED Talk, Sissay jokes that ‘as a child of the state’, his mother was Margaret Thatcher. This speech, which subtly mixes humour with pathos, notes that orphaned figures are the keystones of global fiction – from Moses to Jane Eyre and even Luke Skywalker – and it is from this background that he found the means to create and, from those creations, the attainment of some level of personal freedom: ‘In creativity I saw light. In the imagination I saw the endless possibility of life, the endless truth, the permanent creation of reality’.

Similarly, in the foreword to the published script for his play, Something Dark (premiering in 2005), Sissay recalls how ‘now I was free of the system and away from its twisted curators’, having turned 18, ‘I needed to speak’. This desperation to find truth and belonging is evident, not only in this play based on his early lived experiences, but in the poems collected in Tender Fingers in a Clenched Fist (1988), Rebel Without Applause (1992), and Morning Breaks in the Elevator (1999). Trauma and abandonment are the themes at the forefront of many of his compositions which aim for catharsis through expression. In 2013, he staged an adaptation of Benjamin Zephaniah’s Refugee Boy which tells the story of a displaced child reaching Britain after being forced to leave Ethiopia and Eritrea. This version of the novel for the West Yorkshire Playhouse, not unlike Sissay’s poetry, makes public and poignant the experiences of children neglected by adults across the world whose bureaucracies break up families and depersonalise individual lives. In some ways, the city of Manchester was the only, or the best, family Sissay ever had, and this fact, with all its sadness and its celebration of metropolitan life, is the central subject of his powerful writing.

Appropriately, the name Lemn means Why in Amharic, and Sissay’s works never stop asking questions about what it means to live in modern, postcolonial Britain and why it remains a place of inequality and detachment for many.

Gold from the Stone: New and Selected Poems (2016)

Morning Breaks in the Elevator (1999)

Tender Fingers in a Clenched Fist (1988)