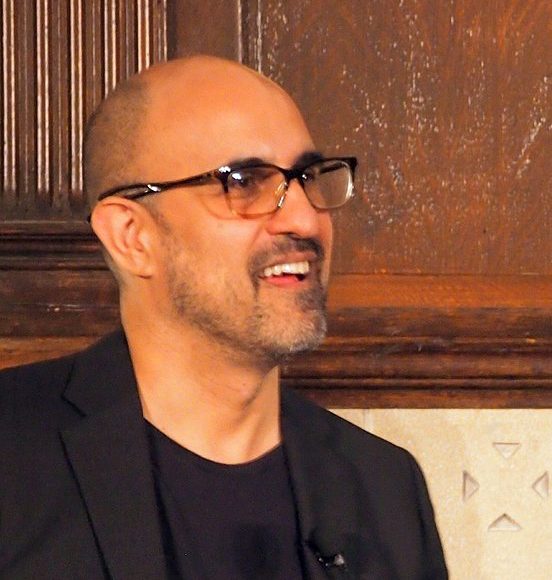 Born in London to a Kashmiri father and a British mother, Hari Kunzru (1969– ) is a British novelist and journalist. He began his writing career with travel and cultural journalism for newspapers such as The Guardian and The Daily Telegraph before turning to fiction in 2002 with his debut novel, The Impressionist. Kunzru’s novels and short stories, which also include Transmission (2005), Gods Without Men (2011), and White Tears (2017), have received critical acclaim. He was named one of Granta’s Best of Young British Novelists of 2003.

His writing is propulsive, clear and bright, whether he’s describing an old blues song or a shocking act of violence. 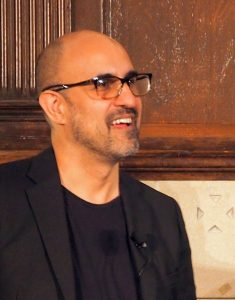 Kunzru’s first novel, The Impressionist (2002), won the Betty Trask Prize and the Somerset Maugham Award, and was shortlisted for the Whitbread First Novel Award. It has been translated into more than seventeen languages. The novel follows the experiences of the chameleon-like protagonist Pran Nath, and explores the insidious effects of colonialism on identity, belonging, and society. The book was awarded the 2002 John Llewellyn Rhys Award prize for writers under 35, which Kunzru notably refused because it was sponsored by the Mail on Sunday, a newspaper that, he argued, had ‘shown itself to be extremely xenophobic – an absurdity for a novelist of mixed race who is supposedly being honoured for a book about the stupidity of racial classifications and the seedy underside of empire’. He asked instead that the £5000 award be donated to the Refugee Council.

Much of Kunzru’s writing explores the intersections of identity, as well as issues of globalisation, immigration, and the legacy of colonisation. Kunzru’s Gods Without Men (2011) weaves together stories spanning from 1775 to 2009, moving between Manhattan, Southern California and Iraq, to produce what Douglas Coupland has dubbed the ‘Translit novel’, which ‘collapses time and space as it seeks to generate narrative traction in the reader’s mind’. In 2013, Kunzru collaborated with Sky Arts to produce an exhibition at the Victoria and Albert Museum, entitled ‘Memory Palace’. The exhibition comprised a new fictional story by Kunzru that was ‘translated’ and brought to life visually by graphic designers, illustrators and typographers. ‘Memory Palace’ imagines a dystopian future London in which technology and knowledge have been lost, plunging its citizens into a Dark Age.