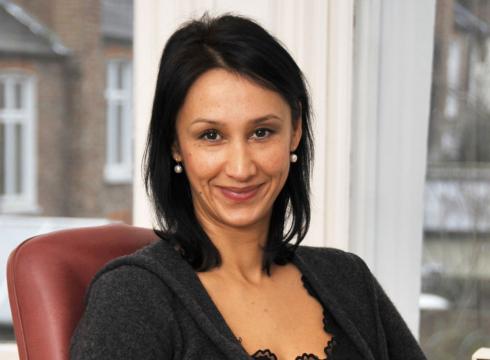 Monica Ali was born in Dhaka, Bangladesh in 1967 (then East Pakistan), but moved to Britain with her family when she was three to escape the violent turbulence of the 1971 war of independence. Best known for her 2003 Booker Prize-shortlisted debut novel Brick Lane, Ali has written three other novels since. Before establishing herself as a writer, Ali read for a PPE (Philosophy, Politics, and Economics) degree at Wadham College, Oxford, then completed stints in marketing at publishing firms and a design and branding agency. Even though the thought of being a writer had been one she had entertained regularly, she turned to writing seriously after two significant events in her personal life: the birth of her daughter and the death of her maternal grandfather. While her first novel propelled her to the top of literary charts and showered her with accolades, her later works have proven her to be a powerful writer whose oeuvre refuses to be tied down to narrow literary classifications.

As subsequent novels appeared [after Brick Lane] it became clear that Monica Ali was a different sort of novelist altogether; a more universal voice, a writer who disappeared entirely within the world of her fiction, confounding those who initially saw her as a mouthpiece for a particular constituency. 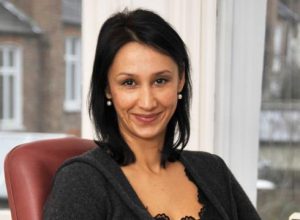 Besides Brick Lane, Monica Ali’s major works include the novels Alentejo Blue (2006), In the Kitchen (2009), and Untold Story (2011). In each of these works, she turns to a different social context to explore themes of domesticity, immigration, multicultural (dis)integration, linguistic difference, and cultural alienation.

Brick Lane is largely set amongst the eponymous Bangladeshi community in East London and shadows Nazneen, a young woman who has followed her UK-based husband from Bangladesh after an arranged marriage. Alentejo Blue, by contrast, slips effortlessly into a village in the south of Portugal, and tracks the lives and perspectives of an ensemble of characters through an inventive reformulation of the novel into a ‘novel-in-stories.’ Its form shapeshifts between a loosely clipped-together set of short stories and a novel whose membranes stretch between the characters’ interlinked worlds.

In the Kitchen stages a return to multicultural London, retracing the footsteps of Brick Lane, in some ways, but also looks at a broader sweep of characters to de-centre ideas about what constitutes contemporary British culture and identity. Set in a restaurant in central London, the novel manipulates the key metaphor of the kitchen to foreground the contours of this new Britain as a melting pot of flavours—one that simmers its discontents to the surface as frequently as it melds together despite differences. Ali sets up a spectrum of characters whose attitudes range from nostalgia for a bygone, ‘authentic’ Britain, to identification with the changing fabric of social life formed of robust new immigrant communities and movements. In so doing, she offers a carefully distilled meditation on ‘Britishness’ and cultural transition.

Ali’s most recent novel, Untold Story, edges into the realm of speculative fiction, albeit of a wholly unexpected kind. Ali imagines an alternative future for a character inspired by the life of Diana, Princess of Wales (1961-1997), who manages to escape the tragic fate of her real-life counterpart.

A preoccupation with the impact of interpersonal relationships, gender identity, and political change cuts across Ali’s versatile literary output. Women and their tense, constrained relationships with men and the larger world figure as important strands in her narratives, as does a fascination with language and its diverse idiomatic uses across different geographical spaces. Ultimately, as Ali has stated in a 2013 interview, ‘issues of identity, of what constitutes “self,” of belonging and not belonging’ are the pivotal questions which drive her work.