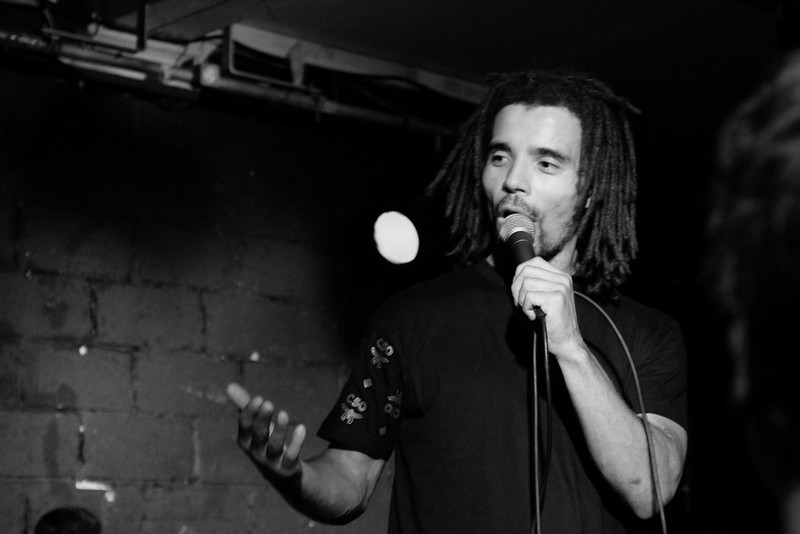 Akala is the stage name of Kingslee Daley (1983– ), a historian and poet, journalist and hip-hop artist, as well as a life-long advocate for community theatre and the arts. He was born to a working-class Scottish mother and Jamaican father in Crawley, West Sussex, in 1983, and grew up in Kentish Town, north London. Because his stepfather was a stage manager at the Hackney Empire theatre, Akala was exposed to the power of music and performance from an early age. He has released five studio albums to date, along with several EPs, mixtapes, and singles. With The Hip-Hop Shakespeare Company, which he founded in 2009, Akala has revolutionised Shakespearean theatre. His first book, Natives: Race and Class in the Ruins of Empire, was published in 2018.

Akala carefully picks apart two pervasive and inter-connected myths; the delusion that we live in a meritocracy and the fantasy that the exceptional achievements of some black people are proof that the obstacles of poverty and race can be overcome by all. 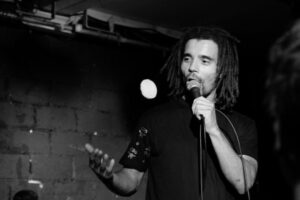 Since the publication of Natives: Race and Class in the Ruins of Empire, Akala has become a prominent commentator on empire and race, both in Britain and globally. Written in the wake of a resurgent white nationalism, Natives is a tour de force of imperial history and anti-racist critique, and a must-read for anyone hoping to understand Britain today. Akala dropped out of college and did not attend university, valuing other forms of community-based knowledge and autodidacticism instead. He has spoken proudly of the pan-African Saturday school he attended as a child, and his aptly named 2012 two-part mixtape, Knowledge is Power, places an emphasis on knowing your own history and your place in the world (“when you hear somebody’s rapping, the base of it is African […] Don’t let them tell you ‘bout yourself”). In 2018, just months after Natives was published, he was awarded no fewer than two honorary doctorates – one from Oxford Brookes University and the other from the University of Brighton – for his book about anti-racist politics and history. As he joked in his Twitter handle for some time afterwards, he is now “Dr Dr Akala”.

Akala’s artistic career extends back far longer than this most recent book, however. His older sister is the ground-breaking female rap artist Niomi Arleen McLean-Daley MBE, otherwise known as Ms Dynamite. Because of his stepfather’s theatrical work, Akala saw “more theatre growing up than any rich child is likely to”, and the power of performance to make new worlds is a central theme in his work. Akala scatters Shakespearean references into much of his hip hop work; in fact, the fourth track on his first studio album, It’s Not a Rumour (2006), is named after the Bard. As he raps on “Shakespeare”:

It’s William back from the dead
But I rap about gats and I’m black instead
It’s Shakespeare, reincarnated.

The lyrics to his later track, “Comedy Tragedy History” (2007), build the titles of twenty-seven Shakespeare plays into its first two verses, which Akala wrote in less than half an hour during a live challenge on BBC Radio 1Xtra. In 2009, he established The Hip-Hop Shakespeare Company, an organisation leading live events, educational workshops, and theatre productions that reinterpret Shakespeare’s works while at the same time “expanding the Hip Hop art form as a medium of self-expression for the masses”.

Akala remains at once an activist and an artist, as captured once again in his epic poem, “The Ruins of Empires”, an abridged version of which he performed live for the BBC in 2018. Anti-imperialist in his politics and anti-racist in his practice, Akala’s is a holistic vision: he has the ability to see how disparate crises are connected by global histories and the ambition to build worldly solidarities in response. While recognising how tough the struggle for these solidarities can be, in his own life and practice Akala has demonstrated that theatre, performance, and writing must be central to any worthwhile attempt.