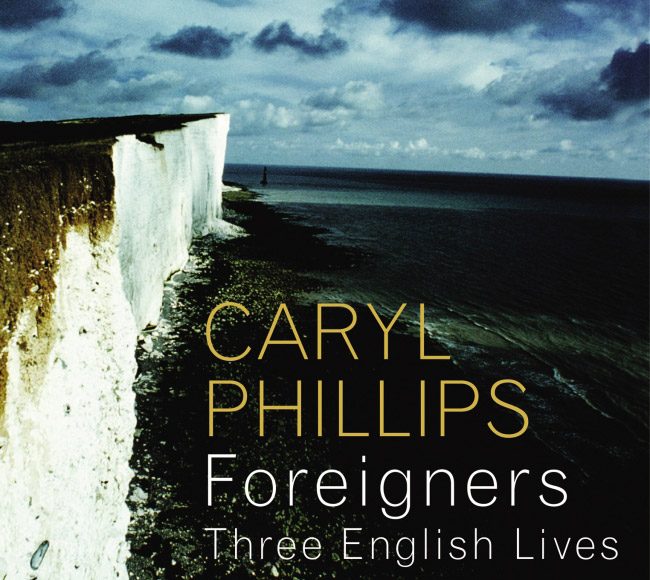 David, do you remember the girl? She did not know your history but she knew your name. You waited for her, and bathed in her smile, and exchanged your few words. And then you watched as she disappeared from view. Yoruba boy from Lagos who, on arriving in Leeds, thought only in the future tense. […] Imagine, a fourteen-year-old girl with manners from the Old World who showed you respect. And after she had passed you by it was time for you to leave Button Hill. You walked down Chapeltown Road towards the heart of your city.

Caryl Phillips’s Foreigners is structured in three distinct sections. It tells the stories of three black men living in England at different points in the country’s history. Francis Barber, born into slavery in Jamaica, is ‘given’ as a gift to the writer and scholar Samuel Johnson; Randolph Turpin, Britain’s first black world-champion boxer, commits suicide aged thirty-seven in 1966; and David Oluwale, a young man born in Nigeria, drowns in the River Aire, in Leeds, following years of harassment by the police. Together, these three narratives form a partial portrait of the lives of black people in Britain, from the eighteenth century to the present day.

‘Northern Lights’, the final chapter of Foreigners, set in Phillip’s native city Leeds, builds a polyphonic picture of Oluwale and the circumstances of his life and death. First-person testimony from neighbours, acquaintances, clinicians and colleagues is interspersed with a panoramic, third-person narrative about the development of Leeds from a tiny township to a large industrial city, and the waves of migration, communitarian conflict, and against-the-odds conviviality that this growth occasioned.

In the passage from which I have quoted, a young black woman tells the story of her acquaintance with Oluwale. Of all the voices which tell Oluwale’s story, her connection with him is the most tenuous: sometimes she would cross paths with him on her way to babysit for her sister. Her portrait of him is no more than a sketch: she remembers his ‘big black coat’ which ‘seemed a bit too heavy for him’, the intelligence visible in his ‘bruised’, ‘scratched’ face, and his politeness. Hers is also the voice with which the story begins, and it establishes the terms of the ensuing narrative. Phillips never claims to known the truth of the Oluwale case – a legal controversy, which ran through the British courts over a number of years. Rather, through the accumulation of different voices, details are sketched in, and a fuller picture emerges. 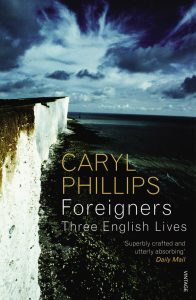 Foreigners is characteristic of Phillips’s work in a number of ways. Even his so-called fiction cleaves to factual, historical detail, often taking the form of imaginative reconstruction or first-person, dramatic monologues. Foreigners advertises itself as ‘a hybrid of reportage, fiction, and historical fact’, but the same could be said of many of his novels (like Crossing the River) and of works (like The Atlantic Sound) written in traditionally non-fictional genres like memoir or travelogue. Similarly, as the book’s dust-jacket suggests, the themes of ‘belonging, identity, and race’ have been prominent across his body of work.

The subtitle of Foreigners is ‘Three English Lives’. One way of understanding the narratives he recuperates in this book, or the many ‘lives’ to which he gives voice across his oeuvre, is as a revision of what it means to be ‘English’ (or, in other works, ‘American’). To think about Oluwale’s life as an ‘English’ one – in some way definitional of ‘Englishness’ – changes our conception of what the word means. From nineteenth-century historians to twenty-first century politicians, people have associated ‘English’ or ‘British’ identity with liberty, tolerance and respect for the rule of law. The story of Oluwale’s life and death challenges these self-satisfied assumptions.

The polemical force of Phillips’s work is often clear and biting, but it is also subtle. Foreigners does not just insist on the importance of a more diverse historical archive but explores how we might approach that archive, and the limitations of the historical gaze. Notice how, focussing on a girl who only half-knew Oluwale, the verbs Phillips uses to frame their relationship emphasise the transience or transitivity of their encounter: instead of ‘meeting’ they ‘pass [each other] by’; instead of ‘talking’ they ‘exchange words’. Oluwale’s own voice never in fact appears in the narrative, and the young girl’s testimony concludes as a series of unanswered questions. Though she is interested in the story of the ‘Yoruba boy from Lagos’, she is equally or more interested to know what Oluwale would have made of her.

Phillips (b.1958) would have been eleven, not fourteen, at the time of Oluwale’s death. His personal stake in understanding Oluwale’s story is a submerged drama in the narrative. But his flexible use of first-person testimony and second-person address – in which often-unnamed speakers call out to the book’s historical subjects – prompts every reader to examine his or her relation to the story being told. What did we know of them, these ‘bruised’, ‘black-coated’ figures? How tenuous was our connection? In what way did they – unbeknownst to us – shape the England of today? For Phillips, addressing the past is a way of scrutinising ourselves and our present. What would they have made of us? What do they tell us about ourselves?