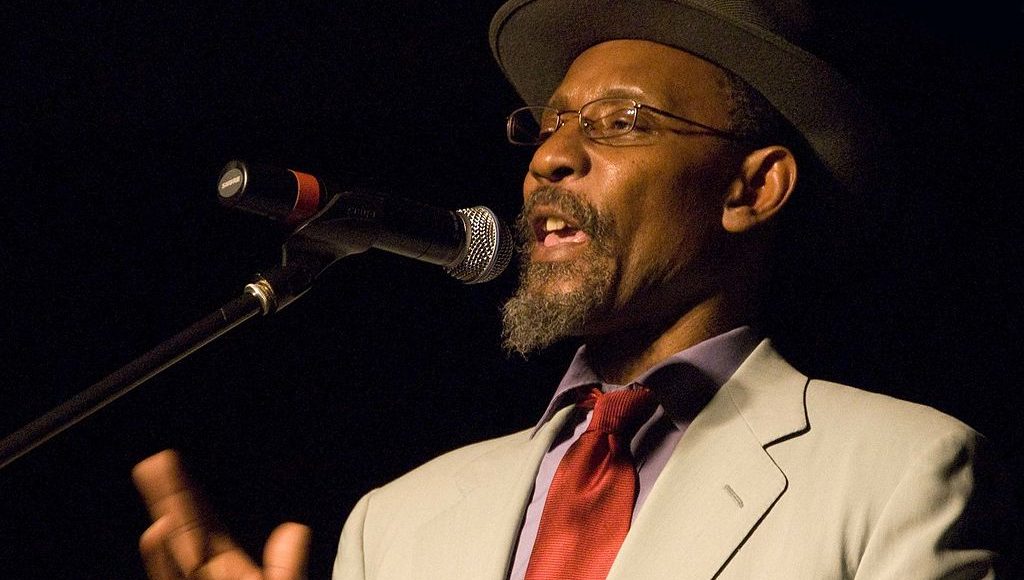 for di time is nigh
when passion gather high
when di beat jus lash
when di wall mus smash
an di beat will shif
as di culture alltah
when oppression scatah (Johnson, 2006, 16)

Upon receiving the Golden PEN Award in 2012, Linton Kwesi Johnson emphasized in his acceptance speech that he saw himself as a child of the Caribbean Artist Movement (CAM), ‘a movement that sought to create an alternative Caribbean aesthetic to the dominant colonizing canon of English literature, an independent aesthetic rooted in the history, culture, languages, and oral tradition of the Caribbean peoples’. Although Johnson is most famous for his activist involvements and his political message of black empowerment and self-determination, he also is a poet self-consciously engaged with aesthetic and formal questions as part of his field of creative and critical enquiry. His experimentation with the relationship between poetry, anti-colonialism, and anti-racism is best captured in his use of the image of bass and his concept of ‘bass culture’, which are central to understanding the close relationship between aesthetics and politics in his poetry. Many of Johnson’s poems challenge the strict division between music, poetry, and ‘real-world’ politics by constructing a world in which the experience of dub music on the one hand, and resistance against violent historical forces such as race and class oppression on the other, combine in interesting ways. ‘Di beat’, which is immaterial or symbolic, is represented as something that can ‘smash’ physical barriers.

Johnson’s poetry articulates the immediate bodily and sensory aspects of dub, and the political implications of this experience: how rhythm and bass can ‘alltah’ the status quo. His poetry can, in many ways, be said to aspire towards to the strong visceral effects of bass. By mimicking the violent and powerful bodily effects of dub music through his use of diction, capitalization, and line breaks, he attempts to use poetry to shock, move, and shake the reader to a state of heightened political consciousness. On the one hand, Johnson’s poetry therefore rejects W. H. Auden’s famous quip that ‘poetry makes nothing happen’, Yet, on the other hand, Johnson has also stressed that poetry can never replace concrete political action and organization. There is a productive tension between these two views of poetry in his work that is inspired by the complex politics of reggae lyricism.

Johnson’s essay ‘Jamaican rebel music’ (1976) is about the political resistance fundamental to reggae music, a resistance even independent of its lyrical content. Johnson’s writing indicates that it is not only the overtly political aspect that defines the rebellious nature of reggae: ‘The lyricism of Jamaican music, which is a part of as well as being informed by the wider Jamaican oral tradition, gives poetic or lyrical expression to what the music expresses’. The fifth stanza in the poem ‘Reggae Sounds’ provides an example of Johnson’s interest in how bass and rhythm itself can reflect history and society in a way that makes it political:

The first line repeats the labial plosive sound ‘b’ six times and creates an impression of the low tones of bass. The emphasis on the particularity of how bass sounds evolves into a claim about ‘a hurting black story’. Meanwhile, the juxtaposition of ‘drum’ and ‘blood story’, separated by just a comma, marks the close proximity of the musical and the political in the poem. By emphasizing the importance of music’s relationship with black historical struggle, and by paradoxically seeing specifically black voices as representing the universal experience of ‘the sufferah’, Johnson writers himself into both a Caribbean and African American literary tradition.