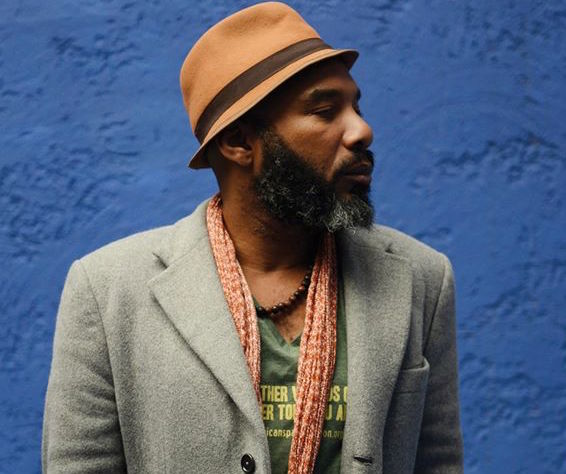 Anthony Joseph (1966– ) is an unmatched presence in contemporary literature, touted as ‘the leader of the black avant-garde in Britain’ and nominated by the Arts Council of England as one of the fifty writers who have most influenced post-war Black British writing. Born in Trinidad, Joseph was raised by his grandparents in the suburb of Mt Lambert, eight miles from Port of Spain. His first twenty-three years living in Trinidad had an enormous influence on the four poetry collections, three novels, and seven critically acclaimed albums that he has produced since moving to London in 1989. He holds a PhD in Creative and Life Writing from Goldsmiths College, for which he completed Kitch (2018), a fictional biography of Lord Kitchener, ‘the king of Calypso singers’ and a Windrush generation migrant. Kitch was subsequently shortlisted for the Republic of Consciousness Prize, the RSL Encore award, and the 2019 Bocas Prize for Caribbean Literature. Joseph currently lectures in Creative Writing at De Montford University, Leicester.

Why isn’t there a black British avant-garde movement in poetry? And if there is one, why are these poets silent? Why should this be so, when the UK has such a rich and complex history of immigration and exile? – When it has a culture that is preoccupied with issues of identity and belonging, some of the very things that precipitate an avant-garde? 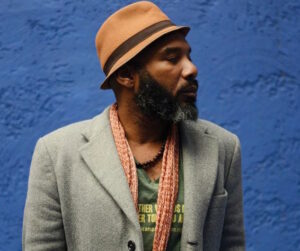 As Anthony Joseph stated in a recent lecture: ‘I’m not British. I’m not English… I didn’t grow up here’. In both their experimental form and content, Joseph’s poetry, novels, and music seek to reflect the experience of the Caribbean, especially life and culture in Trinidad. However, rather than adhering to a single national or cultural identity, Joseph consciously situates himself and his work within a global literary lineage.

His poetry expresses this in multiple ways. He writes in several different languages, such as Haitian creole, Trinidad and Tobago nation language, Yoruba, Jamaican patois, French, and English. These are combined with an avant-garde, surrealist sensibility, that uses broken syntax, neologisms, non-linear narrative, and innovative punctuation and capitalization. The impact of the French Oulipo movement on his work is clear, but so is that of Caribbean writers such as Wilson Harris, Kamau Brathwaite and Aimé Césaire. Joseph has said that it is these ‘like-minded black experimentalists’ that he turned to when he could find none in the United Kingdom (Joseph 2009: 155).

The polyvocality and formal innovation of Joseph’s work constitutes a challenge to what he calls ‘conceptual colonialism’: that is, the predominance of a certain type of black British writing, which is ‘performative’ with a ‘linear narrative’ that calls ‘for class- and race-based social interventions… [alongside] directly discussing dual identities and cultural tensions’ (Ramey 2009: 88).

This activist-style of writing, in Joseph’s view, was once radical. However, today, it is the norm and there is a limit to the kinds of questions it allows one to ask and the answers that are possible therein. As Joseph says during the final, eponymous track of his latest album, People of the Sun (2018): ‘the surface of a thing will never give up its secrets if all you do is ask’.

This commitment to going beyond surface-level engagements translates into the mythic, dream-like quality of Joseph’s work, a style that attempts to capture experiences of alienation, exile, music, landscape, and the legacy of slavery. His earliest poetry collections, Desafinado (1994) and Teragaton (1997), experiment with this in mind, with the latter inviting ‘participants’, rather than an audience, to create the text through their interaction with it. Bird Head Son (2009) begins from the day Joseph migrated to London and works anti-chronologically through his life, focusing on landscape in a similar vein to Jean Rhys’s Wide Sargasso Sea: beautiful, unpredictable, and often biblical.

The significance of non-linear narration is most acutely felt in Joseph’s novels. The Frequency of Magic (2019) depicts Trinidad through one-hundred chapters, each exactly one thousand words long. Rather than a single protagonist, the novel features dozens of recurrent narrators, often retelling images from previous chapters in new contexts, which create momentary footholds for the reader navigating their way through the complex and fragmented narrative. This style is most evident in Joseph’s Afrofuturist debut novel, The African Origins of UFOs (2006). Praised by Kamau Brathwaite and Linton Kwesi Johnson, Origins is a narrative of twenty-four chapters divided across three intersecting sections. The first is set in Kunu Supia, a space colony of the Caribbean diaspora in the year 3053; the second takes place in present-day Trinidad; and the third offers a Caribbean creation myth of Trinidad set in a folkloric past. The overall narrative mimics the image of the Sankofa – the melding of past, present, and future into one shared form. In this way it explores the alienation and tensions within a diaspora ‘lost in space, drifting from place to place, still trying to find where they come from’ (137).

In a British cultural context in which nostalgia thrives, Anthony Joseph’s poetry and prose are sources of constant formal innovation that resists the mainstream while also engrossing readers through its otherness.

Kitch: A Fictional Biography of a Calypso Icon (2018)