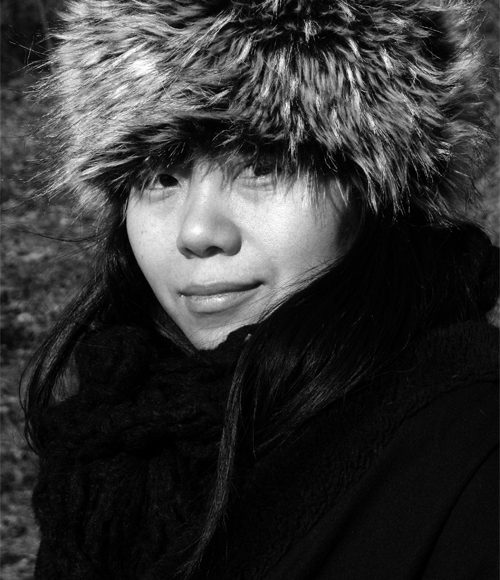 Xiaolu Guo (1973– ) is a British-Chinese novelist, filmmaker and essayist. Born in China in 1973, Guo was raised in a village in Zhejiang province before moving to a communist compound in Wenling. She studied at the Beijing Film Academy and moved to London in 2002 to study at the National Film School. Guo’s first English-language novel, A Concise Chinese-English Dictionary for Lovers, was published in 2007 and shortlisted for the Orange Prize for Fiction. In 2013 she was named as one of Granta’s Best of Young British Novelists. Her films have also been critically acclaimed, including garnering nominations at the Sundance Film Festival and the Locarno International Film Festival.

Guo’s writing is noteworthy for its unyielding realism, provocative edge, and tenuous hope. 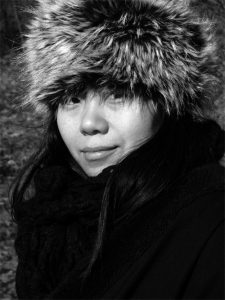 In A Concise Chinese-English Dictionary for Lovers (2007), Guo portrays a year in the life of Z, a Chinese woman who moves to London to study English. Z’s narration is written in broken English that improves over the course of the novel, reflecting Z’s process of learning the language and immersing the reader into the alienating inaccessibility of communication in a foreign country.

These issues of communication persist in Guo’s writing, who since 2007 has published works written in English. She often experiments with form and perspective to depict the experience of cross-cultural communication, exploring both language barriers and cultural differences that cause conflict between the characters in her novels. Guo, who speaks English, Mandarin and Zhejiang dialect, explains the cultural duality of language in her writing: ‘I cannot express my thoughts with only one language… I try to write a transcript which is in both Chinese and English, a text that is alive and true for both cultures I am living in.’

In Lovers in the Age of Indifference (2010), Guo places traditional short stories alongside those written in the form of letters, emails and text messages. Guo examines the complexity of communication in the age of modern technology, in which international relationships are more accessible yet intimacy is often still barred by emotional and cultural distances.

Guo draws from both Chinese folklore and modern politics to blend a lyrical tone with the investigation of social values in contemporary China and Britain. Her recurring depictions of cultural displacement are in part inspired by her own experience of moving to Europe from China, which she explores further in her 2017 memoir Once Upon A Time in the East.

A Concise Chinese-English Dictionary For Lovers (2007)

Lovers in the Age of Indifference (2010)