Nadifa Mohamed was born in Hargeisa, Somaliland, in 1981 and moved to London in 1986 – a move that was initially intended as temporary but became permanent when civil war broke out in Somalia and her family was unable to return. She grew up in south London and studied History and Politics at University of Oxford. Her first novel Black Mamba Boy was published in 2010. It won the Betty Trask Award, and was longlisted for the Orange Prize for Fiction, and shortlisted for Guardian First Book Award, the PEN Open Book Award, the John Llewellyn Rhys Prize and the Dylan Thomas Prize. The Orchard of Lost Souls, her second novel, was published in 2013. That same year, Mohamed was selected as one of Granta’s Best of Young British Novelists – a list that has appeared every decade for the last 30 years and been prescient in identifying voices with enduring significance in British fiction. In 2014 she was named one of the most promising fiction writers from Africa (South of the Sahara) under 40 by Africa39.

Mohamed returned to Hargeisa for the first time in 2008, the same year the Hargeysa International Book Fair was established, where she has become a regular speaker. She lives in London and is currently at work on her third novel.

There is beauty in Mohamed’s prose as well as the way the tale unfolds showing ordinary people living in extraordinary times and how they cope with the drama that is thrown at them. 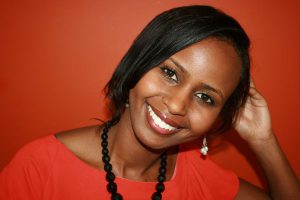 Nadifa Mohamed’s writing is concerned with disrupting and confronting unequal power dynamics, and in particular with presenting histories and narratives from a Somali perspective. As a writer, she is interested in exploring the day-to-day details of people’s lives – ‘what they think about, what they dream about and hope for’ – arguing that this detail is missing from a lot of narratives about Africa. She has also observed that the existing histories and narratives written about Somalia are ‘sparse’, highlighting that those that are published are often written by non-Somalis and ‘can be quite hostile’.

Mohamed’s debut novel began life as a biography and is a work of fiction based on the life-story of her father, which draws on firsthand interview accounts. Black Mamba Boy opens in London in 2008 with the first-person narrator identifying herself as ‘my father’s griot’ (1). The novel then moves back to 1938 and into the third person to follow the story of protagonist Jama, who journeys around the Horn of Africa and beyond before finally ending up in the UK. While Mohamed’s first novel tells her father’s story, her second novel’s first acknowledgement is to her mother, ‘from whose stories this book emanated’ (337). The Orchard of Lost Souls is set in 1980s Hargeisa, very deliberately offering a gendered perspective on Somalia on the brink of civil war. The story is told through the eyes of three interconnected women: Filsan, a young female soldier; Kawsar, a widow and victim of the military regime; and Deqo, a refugee girl.

As Aminatta Forna highlights in the New York Times, in both of Mohamed’s novels she is ‘generationally at a remove from the event she describes’, revealing how the ‘echo of war reverberates down the generations, and why every nation needs its storytellers’. In an essay exploring Black Mamba Boy as a narrative ‘born out of displacement and diaspora’, Emma Bond suggests that Marianne Hirsch’s concept of ‘post-memory’ offers a potentially productive frame for reading Mohamed’s work.