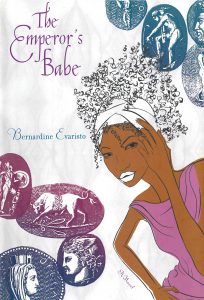 Evaristo tells the feisty tale of a third-century African-British woman in Roman London, ‘Illa Bella Negreeta’, ‘whose parents sailed out of Khartoum on [an un-Shakespearian] barge’, making it to their west, to Londinium, on a very biblical donkey. As this knowing or ‘sautéed’ mélange of iconic motifs suggests, the conjunction of peoples in a teeming city produces powerfully transformative mixes and encounters, which for the spirited, punning Zuleika take the particular shape of her passionate if doomed affair with the Emperor Septimius Severus, himself of North African descent. 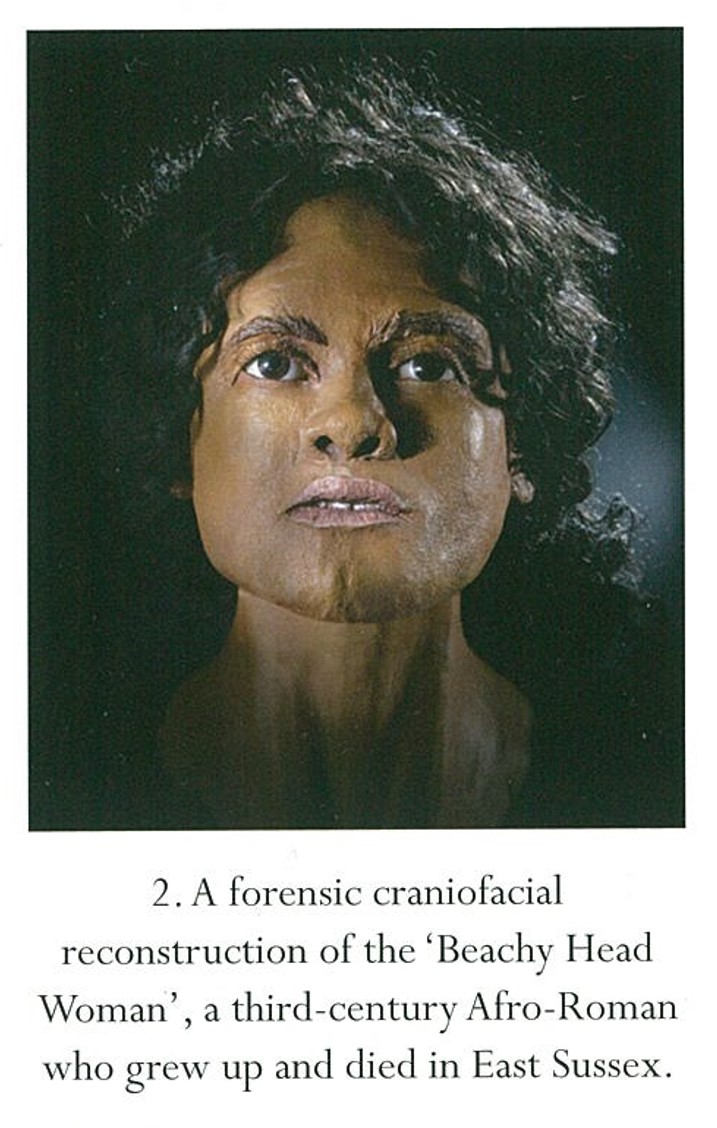 From David Olusoga, Black and British:
A Forgotten History

In a 2001 interview with Alastair Niven in Wasafiri, Bernardine Evaristo said of her motivation to write The Emperor’s Babe:

The Romans were travelling all over the place and they were also going backwards and forwards so why is it so difficult for people to think that black people could be in London 2000 years ago. […] I like the idea of exploding the myth of Britain as monocultural and pure until 1948 […].

Historians agree. Peter Fryer notes that ‘There were Africans in Britain before the English came here’. Mary Beard, responding to a recent social media controversy on the subject, observes:

One thing is for sure, the Roman empire – Britain included – was cultural and ethnically diverse, from the Syrians in Bath, to Quintus Lollius Urbicus, the Ethiopian who met Septimius Severus on Hadrian’s Wall and the wonderful couple from South Shields, Barates and Queenie (‘Regina’), he from Palmyra, she an Essex girl.