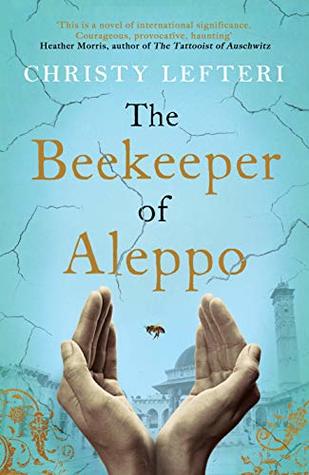 ‘It’s Just a Piece of Paper’: How Images of Paper across The Beekeeper of Aleppo Represent Discrimination against Refugees

Postcolonial studies and refugee writing are two fields with significant points of mutual influence. As Claire Gallien reminds us, scholarship should ‘reiterate the specific contribution of postcolonial theory to the study of refugee literature’ (721). Yet, the opposite is just as true, as postcolonial theory must always acknowledge the ways in which it has been shaped by modern refugee writing. The prose of Christy Lefteri is committed to recognising the lives of people made homeless by conflicts in the Middle East, including Cyprus and Syria. Her novel, The Beekeeper of Aleppo (2019), narrates the harrowing story of a Syrian couple, Afra and Nuri, as they travel to the UK.

The novel is timely in its questioning of readers’ assumptions about the lives of refugees in the modern world. It challenges preconceptions about these experiences by presenting an intimate vision of characters who are members of a specific, loving family before becoming simply ‘refugees’. As the essay collection, Images of Immigrants and Refugees in Western Europe (also published in 2019) shows, the tabloid press has a major role in shaping how the general British public visualise the categories of ‘migrant’, ‘asylum seeker’, and ‘refugee’. They are often responsible for the dangerous dispersal of negative stereotypes based on intolerance.

The Beekeeper of Aleppo rejects these stereotypes through depictions showing how words and paper, and not just physical violence, are culpable in spreading xenophobia. A current of metatextuality runs through this, in that one textual form (the novel) is used to present issues with other kinds of textuality elsewhere in its pages. This essay will demonstrate how Lefteri’s narrative illustrates this important relationship between writing and discrimination.

Racist words are everywhere in the text. On their journey through the Balkans, Afra and Nuri encounter ‘graffiti on the walls [of buildings], angry slogans that [they] couldn’t understand’. This symbolises the ways in which anti-immigrant language is written on the very structures of European societies. These walls never form the basis of a home into which the couple feel welcomed. Even though this graffiti is not written in a language either can understand (Arabic or English), it has an insidious impact on the lives of the people it vilifies.

Elsewhere in the novel, impoverished refugees passing through Greece are depicted desperately ‘trying to sell tissues or pens or SIM cards’. That is, they attempt to exchange methods of communication – writing ‘pens’ and ‘SIM cards’ for electronic messages – for a different kind of paper: cash. At the same time, they are not permitted to use these forms of communication to express their own suffering, which remains unheard and ignored.

Subsequently, when the protagonists reach the UK, oppressive paper reappears in the form of court documents, ‘a bunch of papers’ with legal jargon, provided by a social worker. Giving these to the pair, the social worker advises them to ‘get your story straight. Think about what you are going to say to the immigration officer. Make sure it’s all clear and coherent and as straightforward as possible’. This is, in her words, to prove they are not the ‘enemy’. The two are pressured into performing an identity for the government which actively presents them as the opposite of prevalent stereotypes of Middle Eastern refugees as enemies of the state on the grounds of nationality or religion. (Compare this language with the title of Leonie Jackson’s 2018 book, Islamophobia in Britain: The Making of a Muslim Enemy, in which she analyses how Muslims in the UK face Islamophobic discrimination from non-Muslims who depict them as enemies of the nation). Fundamentally, the characters are encouraged to represent themselves by lying. They cannot freely express their histories; they must simply produce a dispassionate, methodical ‘story’ which is ‘clear and coherent’ in its administrative use to justify remaining in the UK, without revealing emotion or personality.

One of the most moving sections of the novel is when Nuri obtains ‘paper and colouring pencils’ from a volunteer at a Greek refugee facility. Afra, who was an artist, is able to draw for the first time in weeks. Nuri recalls how ‘I watched the picture take shape, I saw the domes emerge and the flat rooftops’, as Afra created her husband’s request: ‘The view from our house’. It is notable that this image directly echoes a daydream Nuri had only moments earlier. During this daydream, he was ‘staring into the whiteness of the sun-filled sheet of the tent… my mind was blank. Then images began to emerge. …there was the Umayyad Mosque of Aleppo… with the sun setting, painting the domes orange’.

These parallels create links between the image Afra composes using pens, the fantasy Nuri imagines cast on the white, page-like ‘sheet of the tent’, and the sun’s omnipotent power to ‘paint’ the world with its rays. Just by locating the tools to create, the two characters are able to express themselves artistically and give their minds a moment of respite through the nostalgia for their former home in Aleppo.

In a tense scene in England, in which Nuri tries to get medical attention for Afra, he stares at the paperwork he has received, ‘and in that moment something crushes [him]. It’s just a piece of paper. …in a doctor’s surgery’. Despite his attempt to reassure himself, the novel shows that this, like other examples, is never ‘just a piece of paper’. In this case, it is another barrier, made using words, which questions their inclusion in British (or European) society and their access to the basic human right of healthcare.

All paper has power and, with that, responsibility. It is for this reason that the press needs to be accountable for their depictions of refugees, and refugees themselves need access to forms of representation. Whenever we read the testimony of someone described as a ‘refugee’, we need to remember that the text we are reading is never just a piece of paper.

Leonie B. Jackson, Islamophobia in Britain: The Making of a Muslim Enemy (London: Palgrave Macmillan, 2018)

Cite this: Nunziata, Daniele. “‘It’s Just a Piece of Paper’: How Images of Paper across The Beekeeper of Aleppo Represent Discrimination against Refugees.” Postcolonial Writers Make Worlds, 2020, [scf-post-permalink]. Accessed 29 January 2022.