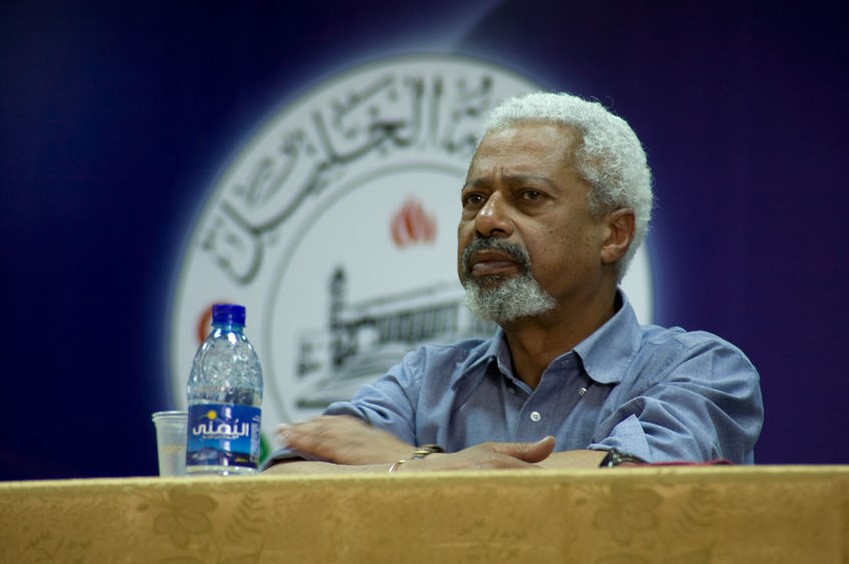 Abdulrazak Gurnah, the Nobel laureate of 2021, was born in Zanzibar, on a small island off the coast of East Africa. The Nobel Prize committee awarded this year’s literature prize to Gurnah, ‘for his uncompromising and compassionate penetration of the effects of colonialism and the fate of the refugee in the gulf between cultures and continents’. Gurnah has been a Writers Make Worlds featured writer for a number of years and we are delighted to be able to mark this fantastic and well-deserved award. It is great to see this prize go to an author who has with his deft and immersive skills consistently drawn attention to issues of colonialism, migration, and the refugee situation, as the Nobel citation notes.

In his novels, Gurnah’s immigrant and refugee characters try to negotiate hostilities around hospitality in spaces such as immigration offices and, in the long run, in their relationships with the host culture. His work opens up spaces for readers – what we might refer to as ‘hospitable listeners’ – to apprehend the current refugee crisis, especially in Europe. Gurnah’s works call for a rethinking of the dominant knowledge about the migrants and refugees. He shows us characters in inhospitable spaces in Europe and East Africa trying to rediscover, reimagine, and reconstruct their identities.

The Nobel laureate has been heralded in the media as the first black African writer to win the prize in over three decades, drawing attention to his lesser-known status compared to other Black and Asian writers living in Britain and writing in English. This also reverberates through his response to The Guardian: ‘I became relatively content with the readers that I had, but of course I can do with more’. However, the questions remain: has the media coverage been truly hospitable to Gurnah’s narratives? Will the Nobel Prize win now provoke interest in the plights of refugees, so that they are treated with less hostility than the author depicts in his fiction? As he says: ‘Overt, self-assured racism has for the most part diminished, […] but one thing that has barely shifted is our response to migration. Progress on that front is largely illusory’.

The Nobel award to Gurnah is timely in so many ways, including personally. I write as someone who has recently finished a PhD project on Gurnah’s fiction and its representation of migrants, refugees and ‘inhospitable spaces’. His Nobel win announcement exactly one day after my graduation was indeed a rush of joy.