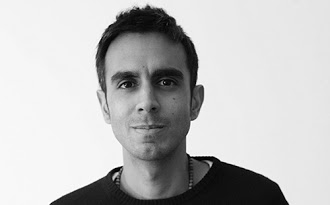 A journalist at The Financial Times by day, Gautam Malkani is the author of the highly-anticipated Londonstani (2006). Born to a Ugandan mother of Indian descent in Hounslow, London in 1976, Malkani read Social and Political Science at Christ Church, Cambridge while working as a student journalist. The linguistically textured and introspective Londonstani generated huge amounts of interest from publishers and the reading public. It reportedly received a very large advance, certainly for a debut novel, and attracted significant media attention at the time of its release. Malkani’s second novel, The Story Distorted, about a child-carer looking after his terminally-ill mother, is forthcoming following a successful crowd-funding campaign. He lives in London with his wife.

In a linguistic politics redolent of Sam Selvon, Victor Headley and Irvine Welsh, Malkani conveys with élan and expertise […] the absurdity of adolescence and the complex self-deceptions of contemporary cultural dynamics in the UK.

Londonstani (2006) chronicles the trials of Jas, a young second-generation South Asian boy from Hounslow, London. Concerned with productions of masculinity and diaspora identity, the novel depicts some of the conflicting and difficult experiences of South Asian teens living in and around London, as Jas gets caught up in the shady business of unlocking stolen mobile phones and negotiating difficult gang dynamics, whilst falling in love with a Muslim girl. The book was heralded as both ‘vigorous and bold’ and also described as ‘21st-century, Orientalism’ by critics Tim Martin and Suhayl Saadi respectively. Critic Mandy Sayer referred to it as a ‘contemporary cultural artefact’ for its content, writing style and the publicity furore that surrounded it.

In conversation with Farhana Shaikh in The Asian Writer Malkani addressed the book’s relatively low sales in relation to the media hype generated before its release: ‘The hype was one means to two different ends: the publisher’s goal of flogging as many books as they could and my goal of getting the book noticed by non-readers.’ Malkani’s intention was to get the novel to readers who would personally identify with the ‘wannabe rudeboy’ characters, and he feels that he achieved that goal. His experimental approach appeals to an audience far removed from the critics. By experimenting with various linguistic and narrative techniques he calls out the identities of his target audience by addressing them on their own terms, in contexts they recognise. The style of the novel, which mixes Standard English and text language with Hounslow slang, and South Asian cultural colloquialisms, as well as the content and plot, reflect this intention.

Unbound, an experimental publisher that pushes the envelope on representative fiction and reader participation, backed his crowd-funding efforts for the second novel, The Story Distorted, highlighting both the publisher’s and Malkani’s commitment to representative and relevant literature.