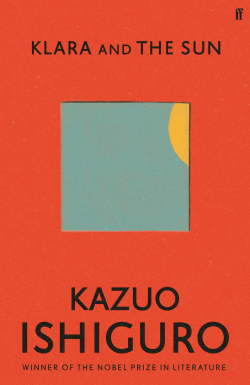 Family Matters: A Review of Klara and the Sun

The first forty pages of Kazuo Ishiguro’s Klara and the Sun take place entirely within the narrow enclosure of a storefront. The Nobel Prize winner’s eighth novel shares a number of themes with his earlier Never Let Me Go and The Remains of the Day, and has enjoyed deservedly glowing praise from critics. In the storefront, Klara – an Artificial Friend, or ‘AF’ – waits to be courted by a human child. And courted she is, by a buoyant young girl named Josie, who insists to her mother that Klara is the one. The story could pass as a fable about the wonders of companionship if not for its troubling accessories: Klara’s intractable difference, Josie’s strange illness, the eugenic fads of their near-future dystopia, and the increasingly thin divide between care and service.

It’s tempting to read Klara as a limit test for technological advancement. In a review for The Guardian, Alex Preston calls it a meditation on ‘what it means to be not-quite-human’. But we don’t have to summon androids to think about the not-quite-human; the issue hits much closer to home. Beneath the book’s speculative veneer lies a familiar portrait of racialized labor. Ishiguro’s work here is subtle: besides Klara, the only other character who performs a service function in Josie’s household is ‘Melania Housekeeper’. Melania speaks in halting English and moves along the margins of Klara’s central drama. Her name literally derives from the Greek word for ‘black, dark’. Klara is, of course, a robot – a French-looking one, at that. Yet when we place her alongside Melania, the similarities become clear. Though Klara’s labour is more emotional than it is physical, she, too, bears a certain subjugation. On one occasion, the Mother asks Klara to imitate Josie – her walk, her speech, her mannerisms. What’s frightening is not Klara’s seamless execution, but the sense of ‘something cruel’ that appears around the Mother’s mouth, which makes the scene feel, suddenly, like a kind of minstrel show.

For the most part, however, the novel’s cruelty comes in gentler guises. In its closing pages, Klara chats with her old store manager in a junkyard. They concede that Klara’s been lucky, that she’s lived in ‘a successful home’. The effect is at once unsettling and deflating, but this is perhaps the point. Ishiguro asks us to dwell on the quiet ways in which power runs its course, to register an emergent politics of care in its most intimate, incremental forms.