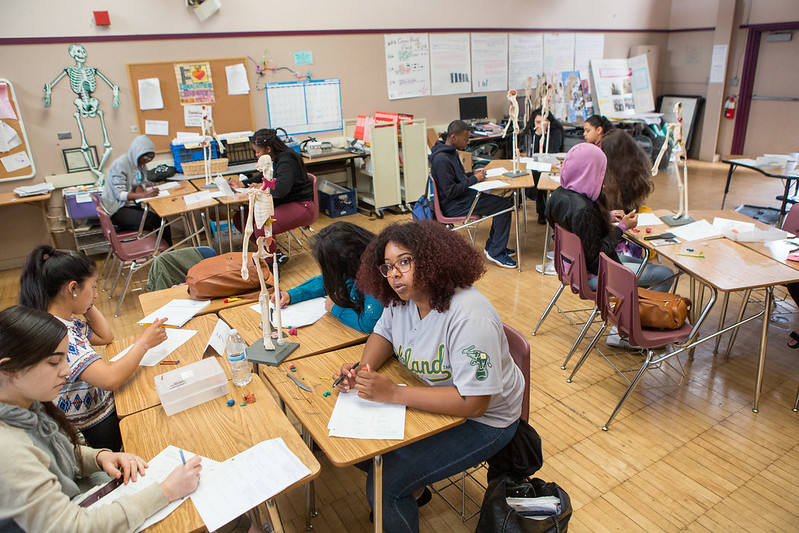 This June, publishing colossus Penguin Books released a series of bleak findings on British literary curricula. Less than one percent of GCSE students, they announced, study a book by a writer of colour, and less than a tenth of a percent a book by a woman of colour. Over eighty percent of young people could not recall ever having encountered a book written by a Black, Asian, or minority ethnic (BAME) author in the classroom.

These statistics, packaged in bright, stylish infographics on Penguin’s new “Lit in Colour” website, mark the culmination of a year’s worth of research in collaboration with race equality think tank The Runnymede Trust. They demonstrate the persistence of white norms in a country that claims to be post-racial. This point has rightly saturated public discourse since last summer’s uprisings, surging across city streets and sports fields alike. But what Penguin frames as a failure of representation emerges, like most injustices, from a much more extensive system of barricades.

Let’s start with the GCSEs. In England, Wales, and Northern Ireland, these exams – the General Certificates of Secondary Education – are usually taken at the end of a student’s time in lower secondary school. For some, they’re a stepping stone to the A-Levels, and for others, a terminal measure of scholastic achievement; they structure what’s taught from Years 9 to 11. In English, a mandatory subject, the government sets out a number of topics (e.g., Shakespeare, post-1945 British literature, etc.), from which four licensed examination boards fashion lists, from which teachers then select texts. Assessment and instruction are intimately linked. And in schools strapped for resources, there’s often little room for adjustment. Switching to newer, more “diverse” content, for instance, might jeopardize students’ performance on the exam.

Penguin’s report focuses on teachers, who note a lack of knowledge on ethnic literatures and a general fear of “getting it wrong.” Nearly 86 percent of teachers in England are White British, so their reflections are hardly surprising. What’s striking is that all these issues – the exam restrictions, the resource shortages, the pedagogical challenges – exceed the bounds of their statistical markers. Which is to say, the problem goes beyond the numbers. The recent fixation with representation risks reducing racial liberation to a game of match-up. It assumes that things might be better if only the proportion of BAME authors on school curricula matched the proportion of BAME students in school. This sounds ridiculous, of course. That’s the point. It makes little sense to speak of racism in the grammar of adequacy.

The recent fixation with representation risks reducing racial liberation to a game of match-up.

Our task now may be to distinguish the affliction from its symptoms. It’s no easy order, making sense of the intricate web that cradles England’s racial hierarchies. Penguin itself sits uncomfortably in the muddle, as a corporate publisher with a history of mistreatment towards its Black workers that stands to profit from the burgeoning market of multicultural books.

As a start, however, we need to think about literary diversity as a means rather than an end. For each text creates an opening, and it’s there – as so many Black revolutionaries have reminded us – that we begin to think, feel, conspire, and consort.